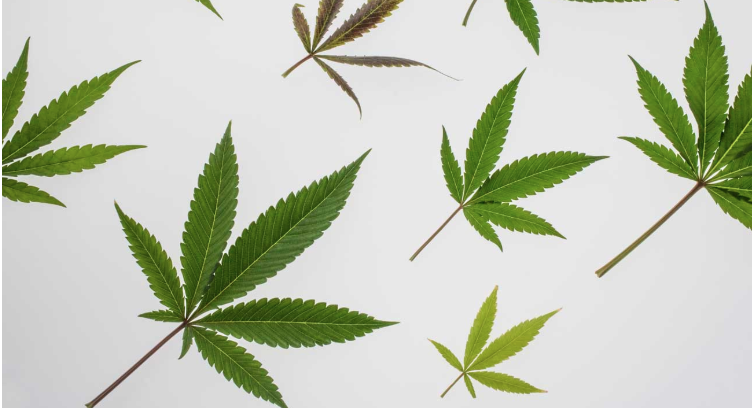 July 5, 2018: by Caroline Craven
A systematic review recently presented at the Consortium of MS Centers in Tennessee has concluded that cannabinoids may have “modest effects in multiple sclerosis for pain or spasticity.”
Researchers looked at the safety and effectiveness of cannabis as well as studying its impact on disability and disability progression, pain, spasticity, bladder function, tremor/ataxia, quality of life, and adverse effects.

Five reviews concluded that there was sufficient evidence that cannabinoids may be beneficial for symptoms of pain and spasticity in multiple sclerosis (MS).

The review suggested future research include studies with noncannabinoid comparisons, noting an important gap in the studies.

The cannabis plant contains many biologically active chemicals, including about 60 cannabinoids.

Cannabidiol (CBD) and Δ9-tetrahydrocannabinol (THC) are the two main chemical components of cannabis.

Studies have shown that CBD has a number of beneficial pharmacological effects. It’s anti-inflammatory, antioxidative, antiemetic, antipsychotic, and neuroprotective.

Cannabis is legal in 30 states for the use of specific medical conditions — including MS. Sixteen more states have passed laws that specifically allow the medical use of CBD.

A recent peer-reviewed article looked at the effects of CBD on those with MS.

Researchers concluded that supplementing with CBD may help people with MS reduce fatigue, pain, and spasticity as well as eventually improve mobility.

Furthermore, the article suggests that a higher social acceptance of CBD will lead to increases in the number of people with MS using cannabis to treat their symptoms.

In a web-based survey, hosted by the National Multiple Sclerosis Society, 66 percent of people with MS said they currently use cannabis for symptom treatment.

The Rocky Mountain MS Center at the University of Colorado recently published the preliminary results from its 25-person study evaluating use of cannabis.

Patients were asked to complete questions assessing willingness to use cannabis in MS treatment, previous and current use, impact of cannabis on MS symptoms, MS history, and demographics.

The preliminary results showed that slightly more than half of the respondents believe cannabis has some benefit on MS symptoms.

About 76 percent of respondents indicated they would consider trying cannabis to manage their MS symptoms.

And 28 percent reported cannabis use in the past year.

Cannabis products were mostly used for pain, spasticity/muscle tightness, and muscle spasms. The most common side effect listed was slower cognitive processes.

Another study from the University of Rochester MS Center in New York looked at the “real world” experience of medical marijuana in managing symptoms of multiple sclerosis and transverse myelitis.

About 77 percent said medical marijuana was helpful in managing symptoms, mainly spasticity and pain. They reported no side effects.

Another 70 percent felt their quality of life improved with medical marijuana. Some patients actually reduced other medications used for symptoms.

Most of the participants said they spent $100 to $300 per month on medical marijuana.

The Rochester study concluded that medical marijuana appears to have a role in managing the symptoms of MS through direct symptom relief and reduction in other medications. It also suggests that improving affordability may enhance patient benefit.

In Italy, researchers recently concluded that a cannabis-based spray, Sativex, is beneficial in reducing pain in patients with multiple sclerosis. During their study involving about two dozen patients, the researchers also found the spray improved pain sensitivity caused by cold temperatures.

Kathy Costello, a nurse practitioner at the Johns Hopkins Multiple Sclerosis Center in Maryland and the associate vice president of healthcare access for the National Multiple Sclerosis Society, does have some cautions for MS patients using medical marijuana.

“There are potential benefits, but they must be presented with their fair risks. People must make the most informed decisions and choices taking this into consideration,” Costello told Healthline. “It’s very important to note the risks as well as the potential benefits. There are risks involved. It is not studied like other medicines.”

Dr. Barbara Giesser, professor of clinical neurology at the David Geffen School of Medicine at the University of California Los Angeles (UCLA) and clinical director of the UCLA MS program, told Healthline that, “Cannabis and cannabinoid derivatives may be useful for some MS symptoms, but standard pharmacologic agents are available for the symptoms that have been shown to be responsive to cannabis, and are more standardized in terms of efficacy, potency, and pharmacology.”

However, Carolyn Kaufman, an MS advocate who’s lived with the disease since her diagnosis in 2009, says medical marijuana has made all the difference for her.

“With MS, there’s only so much you can do for pain,” Kaufman told Healthline. “It comes from exposed nerves that block signals from your brain and spine to your body to tell it how to work.”

“I had severe excruciating pain from muscle spasms, but the muscles themselves aren’t to blame,” she said. “It’s coming from damage on my spine and the muscle relaxers and pain pills go right to the muscle itself. Cannabis reduces inflammation, slowing down the disease activity and calming your entire system. It truly saved my life when my doctor ran out of answers. My miracle plant.”

It was the side effects and lack of effectiveness from the medications that led Kaufman to try medical marijuana.

“The medications weren’t helping with the pain at all, just making me high so then I was high and in pain,” she explained. “The side effects of the medications were mostly psychological — a lot of depression, apathy, mood swings, and exhaustion.”

Kaufman, who provides coaching services for MS patients, has lost 150 pounds during her journey. Her story is told via her blog at Withouttheweight.com.

“When the pain was severe, cannabis was my gift from the earth,” she said. “It worked when nothing else would. After never smoking before, I used cannabis to come off of all of my symptom management medications.”

Editor’s note: Caroline Craven is a patient expert living with MS. Her award-winning blog is GirlwithMS.com, and she can be found on Twitter.